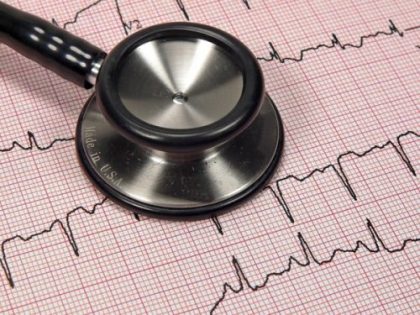 The Heart Foundation has misinterpreted the findings of a recent study which claims that daily vaping doubles the risk of having a heart attack. The Heart Foundation’s Chief Medical Adviser Professor Gary Jennings has claimed on radio that this study adds weight to the other evidence showing that e-cigarettes are harmful. In fact, the study shows no such thing.

The flawed study was published today in the American Journal of Preventive Medicine by well known anti-vaping advocate, Stan Glantz. The media release accompanying the study can be found here.

It is no wonder that the public is confused about the health risks of vaping when flawed science is endorsed by respected health authorities. Misleading information could discourage addicted smokers from switching to vaping, which is at least 95% less harmful. Smokers who switch completely to vaping have substantial health improvements.

The study of asked 70,000 US adults about their vaping habits and whether they had had a heart attack. It found that heart attacks were twice as common in daily e-cigarette users compared to non-vapers. The authors wrongly concluded that daily vaping doubles the risk of heart attack.

Is this association or causation? 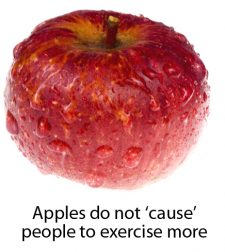 This conclusion breaks one of the first rules of good science. Cross-sectional studies which measure two things at a single point in time can show a link or association between them, but cannot show causation ie that one thing causes the other.

For example, finding that people who eat apples are more likely to exercise does not show that apple eating increases exercise, just that they go together. Similarly this study, does not show that vaping caused the heart attacks.

Did the heart attack occur before e-cigarette use?

Furthermore, the study does not identify whether the heart attacks occurred before or after starting vaping. Respondents were asked, ‘Have you EVER been told by a doctor or other health professional that you had a heart attack (also called myocardial infarction)?'.

It is very likely that smokers who have had a heart attack and were unable to quit smoking tried vaping afterwards to help them quit. Obviously the vaping did not cause the heart attack in those cases. However, all heart attacks were included in the analysis irrespective of the timing, which was not known.

Is the finding plausible?

The claim in the study contradicts all the science and expert opinion on the cardiovascular risks from vaping. Most of the risk to the heart from smoking is from toxins and chemicals which are either absent from vapour or are present at trace levels. The cardiovascular risks from vaping are almost entirely due to nicotine which has only a relatively minor effect on heart disease.

A  review by leading researcher Neal Benowitz found that

‘While people with established cardiovascular disease might incur some increased risk from e-cigarette use, the risk is certainly much less than that of smoking’

The review also states that smokers who switch to vaping are likely to have substantially improved cardiovascular health.

What caused the heart attacks?

Smoking is the single most important risk factor for a heart attack and triples the risk.

If a patient has smoked for 30 years, then switches to an e-cigarette and has a heart attack 6 months later, the previous tobacco smoking is clearly the most likely explanation.

The best thing a smoker can do to reduce their heart attack risk is to stop smoking, but if that is not possible, switching to vaping completely will substantially reduce the risk.

One Reply to “Heart Foundation misinterprets results of vaping study”