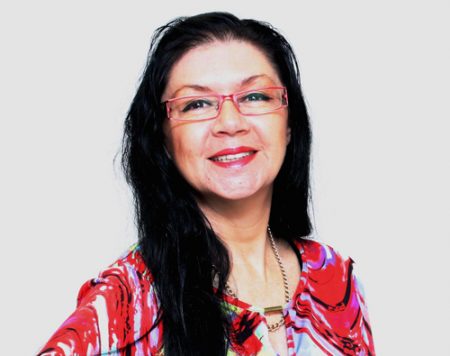 No excuse for high smoking rates among Indigenous people

New harm-reduced alternatives to smoking mean there is no excuse for Governments to leave Aboriginal and other Indigenous people to die.

Indigenous people stand to gain proportionately more from the public health benefits that will result from the introduction of vaping and other risk-reduced products like Swedish snus and heated tobacco products.

This is especially so in Australia and New Zealand where the very high cost of smoking compounds the negative effects of other social and economic determinants undermining Indigenous people’s ability to get out of poverty and attain a level of wellbeing at least as good as that of non-Indigenous people in their countries.

Maori smokers who quit via vaping were among the earliest vape product manufacturers and retailers to establish in New Zealand.

As a result New Zealand’s tobacco control program is now very different from Australia’s which has moved further towards prohibition.

While New Zealand health providers are receiving training in how to support people to use vaping to quit smoking, Australian smokers are fined for possessing nicotine-containing vaping liquid and further restrictions are imminent.

Maori vapers were at the forefront of establishing vaping trade associations, consumer advocacy groups, vape-related radio shows, vape days and expos. Maori health professionals were quick to support their own family members to switch from smoking to vaping and seeing the rapidity and ease with which long-term smokers quit, they became strong advocates for the legalisation of vaping.

An early success story was the Vape2Save program which helps family groups of smokers switch to vaping together.

Completing the program has been transformative for some participants because it also teaches financial literacy skills. Graduates are assisted to buy their first vape kit and they learn how to put the money from not smoking on to paying down debt and saving for things they’ve always wanted, like taking their kids for their first ever holiday.

The Rights of Indigenous People

For indigenous people to enjoy equally high levels of health, it is important that they determine, or at least, participate in decisions about what will work for them.

The United Nations Declaration on the Rights of Indigenous People stipulates their right to administer such programmes through their own institutions.

Though proportionately a small percentage of the total population of Australia, and perhaps this is why their needs are being ignored, the Aboriginal and Torres Strait Island people have recourse to the United Nations Declaration of the Rights of Indigenous People. This Declaration stipulates that indigenous people have the right to decide what will work for them.

Vaping in an Indigenous drug and alcohol service

A/Professor Scott Wilson, CEO of the Aboriginal Drug and Alcohol Service in Adelaide (@ScottADAC), told of how his service used vaping to reduce smoking among staff.

In response to funding contract requirements to ban smoking in the workplace, ADAC implemented an incentive programme that covered the cost of whatever cessation aid staff wanted to use. Most chose vaping as they had repeatedly failed to quit with other methods.

The uptake of vaping and a cash bonus of $500 at 6 months abstinence  and $1,000 at 1 year smokefree, has resulted in half the staff stopping smoking.

Byron, an ADAC Board member, who was helped by this scheme 3 years previously talked about how vaping had worked for him, where all previous quit aids had not.

Attending to the even higher rates of tobacco smoking among A&D service clients and staff was raised as a need in the final session of the conference. One speaker, said it would be good if they could support clients, who all smoked, to switch to vaping, but the illegality of the nicotine for vaping was a roadblock to this.

The Aboriginal attendees at our symposium on vaping included some vapers and others who were eager to learn about vaping. Their open attitude contradicts the increasingly anti-vaping laws being introduced in Australia. For example, South Australia, has just announced it is going to ban online trade in vaping products which will increase the threat of criminalisation of people trying to quit smoking via vaping.

One Aboriginal drug and alcohol worker from Queensland who was an established vaper, described herself as a “huge advocate” of vaping. It seems clear that her voice and the opinions of other Aboriginal smokers, vapers and the services that care for them have had little say in Australia’s crackdown on vaping.

Aboriginal and Torres Strait Island people are being disproportionately harmed by smoking and by tobacco control policies.

Preventing them from switching to these greatly harm reduced smoke free alternatives is a breach of their human and indigenous right to health.