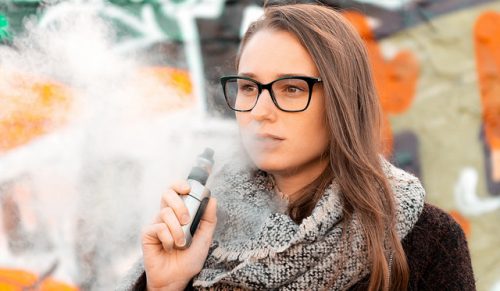 A large study in the US has found that smokers who vaped daily were nearly twice as likely to have quit smoking two years later than smokers who were not vaping. The study adds to the growing the evidence that vaping helps smokers to quit.

The study involved 8,000 smokers from the Population Assessment of Tobacco and Health (PATH) study and was published in Nicotine Tobacco Research this week.

Daily vaping is the key

Smokers were asked if they vaped at the baseline. Two years later they were assessed again.

'Smokers who had been vaping daily were nearly twice as likely to have quit smoking for at least 30 days, two years later, compared to smokers who were not using an e-cigarette at baseline (11% vs 6%)'

Smokers who were vaping less than daily did not have an increased chance of quitting.

This study confirms the findings from other population or 'real world' studies, for example that daily vaping (but not vaping less frequently) is associated with subsequent quitting.

Daily vapers had an increased chance of being abstinent two years later, allying concerns that vapers may relapse to smoking.

The authors explain why some studies in the past did not find a benefit from vaping. The key factors were that

This study underestimates the effectiveness of vaping. It does not capture the smokers who started vaping after the baseline and had quit by the follow up point two years later.

Some vaping critics claim that dual use (smoking and vaping together) is harmful.

'This study shows that dual users who vape daily have a significantly higher chance of quitting smoking, as much as two years later'

Many smokers go through a transition phase of dual use while adjusting to vaping. This is a normal part of the quitting process, however daily vaping is usually needed to ultimately achieve abstinence from smoking.

Of the dual users who had quit smoking after 2 years, 61% were still vaping. The authors point out that this is still a substantial benefit.

For example, a UK study demonstrated that former smokers who used e-cigarettes for at least 6 months significantly reduced their exposure to many of the toxins and carcinogens in combustible cigarettes. Smokers who switch to vaping completely are therefore  likely to reduce their tobacco-related health risks.

Because the long-term health effects of using e-cigarettes remain unknown, it is always best if vapers can quit vaping to minimise any risk

However, vapers should be advised to stop vaping 'only when they are confident that they can do so without returning to smoking'

Please forward this study to the US Surgeon General & everyone @ FDA! THANK YOU for your contributions!✌

I dual used when I started Vaping but the devices I had access to were expensive and not very efficient, also they were mainly tobacco flavoured meaning I still enjoyed a cigarette, when I was able to buy slightly better devices (the price became more realistic) and could use e-liquids with fruit or coffee flavourings it only took about 2 weeks to stop smoking completely and cigarettes tasted awful to me.
that was 6 years ago and I have not had a cigarette since I also went nicotine free after about a year of using flavours.