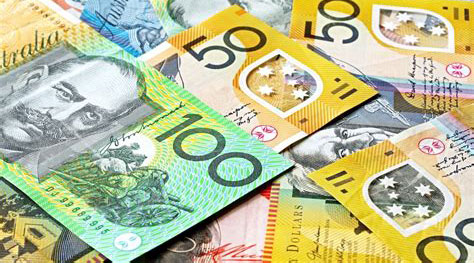 Is the government putting tax dollars before the health of smokers?

In 2015/16 smoking killed over 20,000 Australians and cost the country $136 billion, according to a new report. The report concludes that Australia 'needs to continue to invest in strategies to prevent and reduce smoking, and the associated significant morbidity and mortality’.

The report Identifying the Social Costs of Tobacco Use to Australia in 2015/16 was prepared by the National Drug Research Institute at Curtin University and was launched by Health Minister Greg Hunt yesterday.

The Health Minister announced an additional $5 million for tobacco control, bringing the total allocation for a public education campaign for the next 4 years to $25 million.

ATHRA's view is that $6.25 million per year is a totally inadequate budget for the leading cause of preventable death and illness. This is a tiny portion of the $17.4 billion tobacco tax collected in the last financial year

The report found that smoking is highly profitable for the government.

‘From a purely financial perspective, the Australian Government in 2015/16 raised more revenue in tobacco excise ($9.8 billion) than it lost through smoking attributable costs and loss of other revenue ($2.2 billion)’ the report found

Australia has the highest cigarette prices in the world and the tobacco tax is now Australia's fourth largest tax after personal income tax, company tax and GST.

The greatest share of the costs of smoking is carried by the most disadvantaged and impoverished members of society who have the highest smoking rates. The skyrocketing tobacco tax is contributing to social and financial inequalities.

More of the tax collected should be used to help and support smokers who wish to quit, rather than to balance the budget.

The government will increase the tobacco tax again by 12.5% next year, claiming this is to help smokers quit. However, smokers think they are being cynically exploited and punished. Many addicted smokers simply cannot quit nicotine, no matter how high the cost of smoking.

A goal without a plan

Mr Hunt re-announced the national goal of reaching a 10% daily adult smoking rate by 2025, far below New Zealand's goal of 5% by 2025. However, no new policy is  being offered to reach this target and it is bound to fail.

One neglected solution is to legalise vaping nicotine. Vaping is increasing quit rates and reducing smoking prevalence in many western countries while smoking rates stagnate in Australia

Importantly for the Treasury, legalising vaping would carry no cost to the public purse as vapers pay for their own supplies.

If policy was guided by science, vaping nicotine would be widely available now in Australia. However, it seems tobacco policy is driven by politics, ideology and emotion and smokers are paying with their lives as well as their pockets.

Identifying the Social Costs of Tobacco Use to Australia in 2015/16. National Drug Research Institute, Curtin University.2019

2 Replies to “Is the government putting tax dollars before the health of smokers?”

No surprise were the gov is concerned. More tax means more money for them. Don't worry about the 10s of 1000s of people who die every year 😡

Sort of makes me wonder what the government is really up to, last year 8 billion raised, cost of smoking on looking after smokers was 134million or so. Just imagine how much better the economy would be if a fair tax covered health costs, smokers would then be spending that extra money on other things helping the economy. Dumb ignorant governments and dumb ignorant do gooders controlling peoples individual rights. Our own human rights are being undermined by these fools.